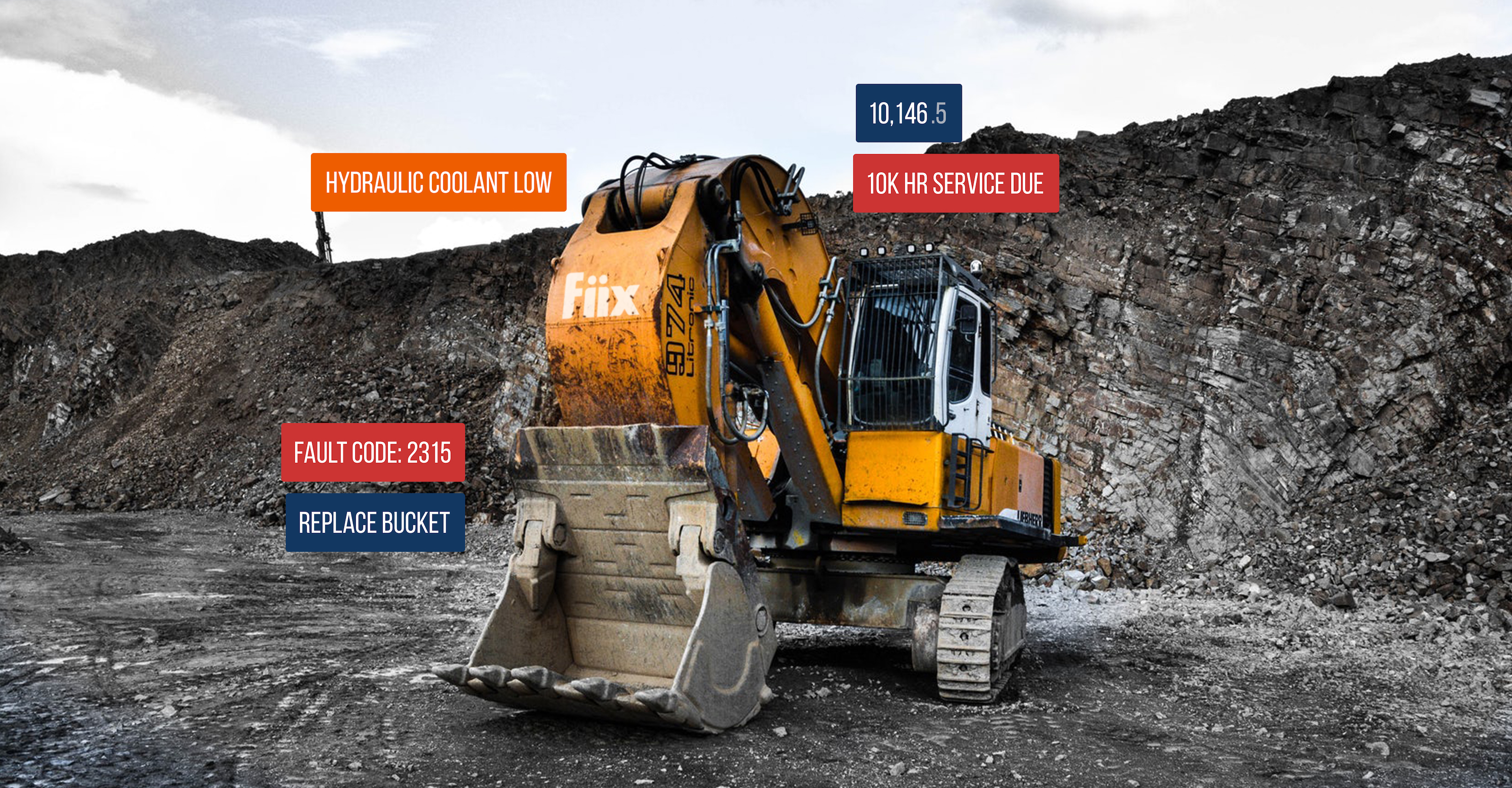 A look at the challenges faced by Ryan Robinson's maintenance team and how they've used Fiix to overcome those issues.

Ryan Robinson had big plans for improving maintenance efficiency and asset performance at his company. There was only one thing in his way: Binders. Hundreds of binders.

“There are just stacks and stacks of records from 70 years of maintenance,” says Ryan, the shop manager at an Oregon-based wholesale tree grower.

“It’s virtually impossible to find trends in equipment usage or anything else without a ton of legwork. And then you’re losing time and productivity.”

Ryan had to painstakingly hunt through thousands of pages every time he wanted to know an asset’s history. This was preventing him from reaching his main goal: Reducing breakdowns and labor costs by optimizing service intervals on critical equipment. Progress stalled while breakdowns continued to pile up, costing the company unneeded and expensive downtime with each failure.

“I knew there was a better way to get the information I needed and yet here I was, sifting through umpteen files to get one, tiny answer,” says Ryan.

“It was frustrating. And that’s when I started to search for something that could help us.”

Bridging the gap between old equipment and new technology

When Ryan began looking for maintenance management software, he wanted to do three things with a system:

"I knew there was a better way to get the information I needed and yet here I was, sifting through umpteenth files to get one, tiny answer."

While the first two seemed within reach, the idea of pulling data from decades-old farming equipment seemed like a long-shot to Ryan.

“It seemed like a very far-fetched idea at the beginning,” says Ryan about integrating machine sensors with a CMMS, “But when I started talking with Fiix, I realized that it was going to be a lot easier than I thought.

The Fiix team put together a plan that covered everything on Ryan’s wish-list, and Fiix’s integration partner MachineMax— an equipment management platform for heavy equipment users— was brought on board. This integration allows Ryan to get updates multiple times a day from sensors attached to the farm’s equipment. Asset location, idle time, and performance are measured and sent straight to Fiix, while maintenance is automatically scheduled and triggered from there.

“Fiix checked all the boxes,” says Ryan. “Combine that with all the data we were able to get from MachineMax and how cost-effective it was, and it made the decision easy.”

Ryan knew that no matter how great the software, it was going to take some time to get his team and equipment up and running with the new technology.

He was only half right.

“Setting up MachineMax and the sensors on equipment was incredibly easy,” says Ryan.

“I couldn’t even say that it was plug-and-play because I didn’t need to plug anything in. As soon as I turned it on, I had 30 pieces of equipment sending meter readings to Fiix twice a day. Not having to go hunting or rely on operators to get that information, just having it at my fingertips, that was big.”‍

"I can say, without a shadow of a doubt, that we’ve been successful with Fiix."

While integrating his sensors and CMMS was a breeze, it required a lot more effort for Ryan to help his maintenance team feel comfortable using Fiix.

“You’re telling technicians, hey, we’re going to give you something totally new, you don’t know how it works, and you probably won’t see a lot of the results. That’s tough,” says Ryan.

His strategy for getting technicians on board is all about showing them the impact of Fiix.

“Don’t just make users do all the work to get that data...show them what you’re doing with it. Show them what things looked like 90 days ago and what it looks like now.”

While changing the minds and routines of his team has been a long process, the focus on training, user adoption, and highlighting impact has paid off. Usage of Fiix has exploded in the last few months and all 14 technicians on the team are using the Fiix mobile app on a daily basis.

“Technicians are starting to see that all the information they’re putting into Fiix has a real impact,” says Ryan, “so they’re starting to use it more and more.”

Before implementing Fiix, Ryan’s maintenance team relied mostly on reactive work and had to manually schedule maintenance. Now, just over a year later, more than 50% of all maintenance at the company is scheduled and automated.‍

"Fiix checked all the boxes. Combine that with...how cost-effective it was, and it made the decision easy."

And the integration between Fiix and MachineMax helped Ryan say goodbye to the piles of binders that had been terrorizing him for years. It allowed him and his technicians to gather data faster and use it to easily identify and prioritize work.

“It’s going to be hard to be late on another service interval ever again.”

The benefits from Fiix have even extended outside the maintenance team. Ryan says he was able to spot vehicles with high idle times. He brought this information to the farm manager, who was able to figure out why certain vehicles were idling more than usual and find a solution.

Although Ryan has scored some big wins with the Fiix CMMS and the MachineMax integration, Ryan is far from finished improving maintenance at the company. His next big project is expanding the use of Fiix’s inventory ordering and tracking features.

“I can say, without a shadow of a doubt, that we’ve been successful with Fiix.”