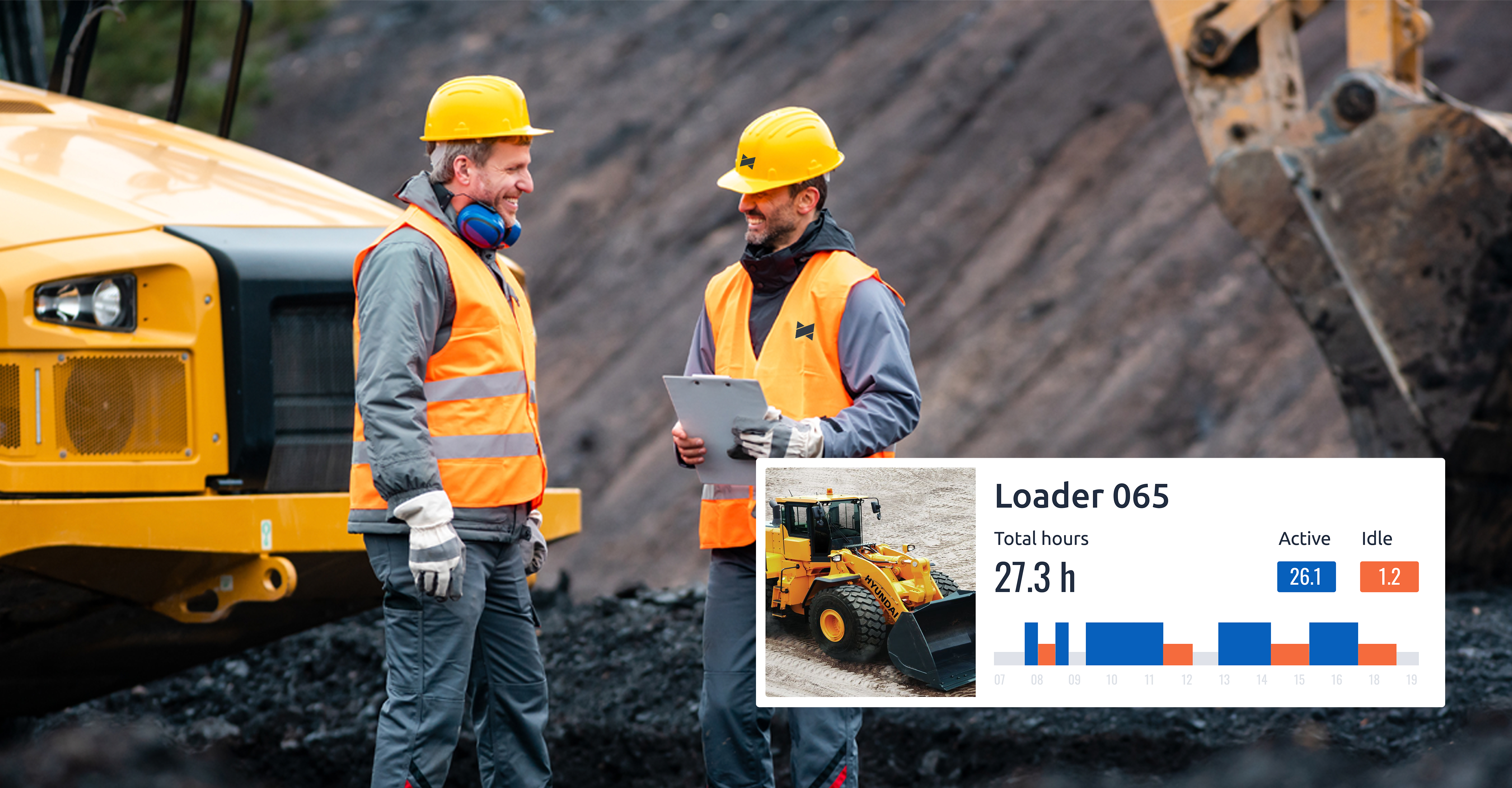 In the mining business, every minute lost translates to profit loss.

One of our customers, a global mining company, was losing roughly 30 minutes a shift on one of its main workhorses: a quarry loader. This equated to a 6.3% loss in productivity. After investigating the issue, the company discovered the loader was powered down for approximately 75 minutes a day during lunch break (which was scheduled for just 45 minutes).

The good news: Because company leaders previously installed MachineMax sensors on every machine, they could immediately discern which loader had longer downtimes. Once identified, a manager spoke with the lagging loader’s operator to discover why his lunch breaks were longer than those of the remaining crew.

As it happens, the loader in question was located far from the canteen, and with the muddy terrain, it was hard to travel to and from the canteen quickly. Thus, fitting a lunch break into the 45-minute window was impossible.

Luckily, the solution was simple: A shift supervisor on a four-wheeler began shuttling the operator back and forth from the canteen during lunch shifts, saving a trek for the operator and boosting productivity times for the mining company. The solution also increased worker safety because the company lowered its operator’s chances of walking into no-go areas, which ultimately kept him more productive.

The best part? The operator learnt he was in really good hands. He appreciated that management cared about his well-being enough to make improvements to his day, his job, and his safety.

Getting Granular With Data — Openly and Honestly‍

Older methods for tracking working hours would have tabulated the numbers once a month. So while the mining site would have eventually noticed something was off, it wouldn’t have been able to pinpoint the problem or immediately raise the issue. Thus, any solution would’ve been unfocused and underwhelming at best.

As a reactionary measure, the company could’ve decided to fire the operator or cut time from everyone’s lunch breaks, but neither solution would’ve corrected the root problem. Granular data from MachineMax sensors can help managers avoid overreactions based on a lack of information — but surveillance can be a tricky subject. While it does protect and assist employees in some instances, no one wants to feel like Big Brother is watching.

MachineMax, like any type of data-gathering technology, must be used responsibly. The data is powerful, and in the wrong hands, it can be abused. Privacy and consent are legitimate worker concerns. So before installing a system like MachineMax, inform operators and other employees of the change. Sticking mysterious new devices on your operators’ machines is a surefire way to start unwanted rumours and fuel paranoia.

Alleviate worries about the equipment by explaining its goals and benefits. Describe how sensors can help employees with daily tasks by making them safer and more efficient.

Circling back to our mining client, beyond the improvements in worker efficiency and safety, the company gained other valuable insights, too. Access to new data made controlling fuel costs, coordinating on-site equipment, and scheduling equipment operators easier. In the process, the sensors didn’t just maximise output, but also minimised input, and the mine equipment began to operate as efficiently as possible.

Success in mining is ultimately about oversight and management. Finely tuning every detail ensures the site lives up to its full potential. A clear picture of worker decisions can protect and improve all parties involved. Don’t leave anything to chance. Instead of relying on assumptions and estimations, rely on MachineMax sensors to reveal what’s really going on.

Request your copy of the whitepaper today.

Fill in the short form and we will email you a download link to the full version of the whitepaper for you to keep and read offline.